Birdwatching on the Block

That's how Darry alerted me to this bird in the empty lot across the street, two doors down, today.  (She snapped the cell phone pic.) 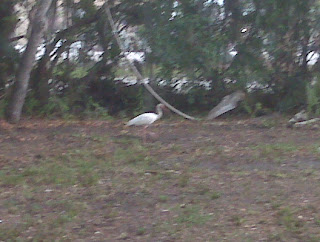 Here is a song about some birds who take back their neighborhood, in honor of Darry's discovery:
Keep watching...a similar story will be told of & about neighborkids of Central-Cocoanut someday soon...

Posted by Allison Pinto at 10:00 AM No comments:

The 2010 "season" of scavenger hunting has now started!  Here are a few pics from the kick-off barbecue and also the first hunt. 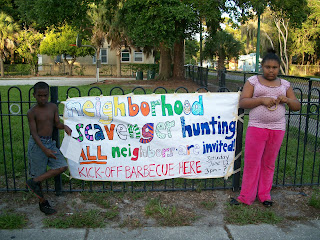 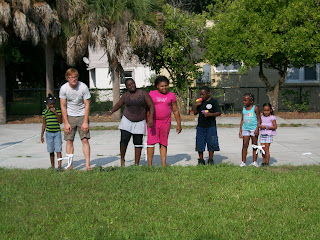 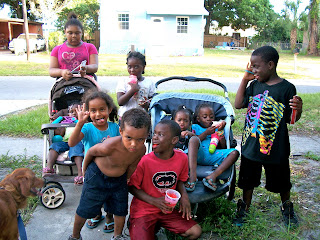 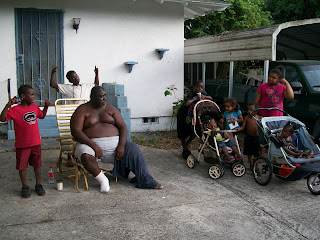 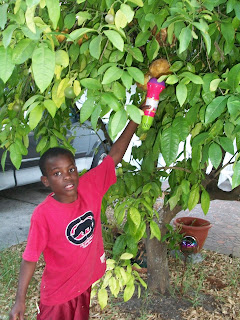 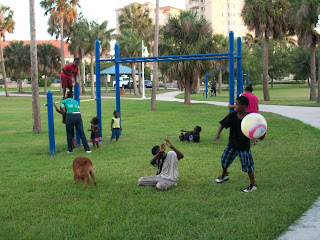 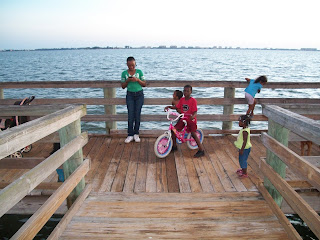 This year we are going to try to use neighborhood blogging as a way to share the discoveries of the neighborhood scavenger hunters.  We've been accepted as a beta test neighborhood for "Neighborlogs," a neat online blogging platform that makes it possible to share and also map stories by neighbors.  Neighborlogs is described as an innovative technology for "community-driven, neighborhood-focused, sustainable sites," and Central-Cocoanut is the only neighborhood in Florida (as far as we know!) that has been invited to join as a test site.

All to say - instead of looking to the "La Casa Chica" blog for details about scavenger hunting this summer, check out the Central-Cocoanut neighborhood blog here!
Posted by Allison Pinto at 10:00 PM No comments:

The importance of reading...we hear about it all the time.  Usually, the focus is on encouraging grown folks to read to kids.  What I've come to realize, though, is that when there are books around, kids read to kids!  Today that's what happened when Dareeona and Chunk Chunk stopped by:

This summer, the neighborhood scavenger hunters are working on putting together a website to share ideas and discoveries, and the video clip of Dareeona reading to Chunk Chunk is posted there too.  If you want to check it out, click here.  The D's mom, Donna, checked it out herself on the laptop - that's one proud mom: 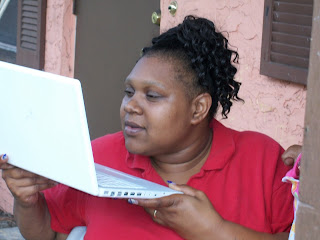 So how might we rethink approaches to promoting "early literacy," to make the most of all the naturally occurring kid-to-kid reading, teaching and learning that's going on?  Maybe we could take a few hints from Sugata Mitra, and the "Hole in the Wall" efforts he's leading in India, posted on TED here.
Posted by Allison Pinto at 10:00 PM No comments:

Nothing quite matches the exuberance expressed by kids on the last day of school.  Here's what that looked like today on the block when I opened the front door: 
Earlier in the day, I decided to head over to Gocio, the elementary school that most kids in the neighborhood are zoned to attend.  I spotted Shy'Yah graduating from 5th Grade, with family members (including her cousin Ray Ray) there to honor her. 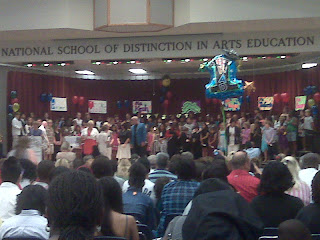 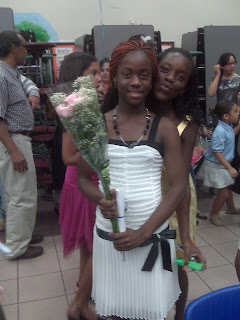 Earlier in the week I headed over to Gocio to check out the Renaissance Awards, too, since I'd heard that some of our neighborkids would be honored there as well.  Ray Ray's brother James was a big winner, along with Amorie, Holly, and others. 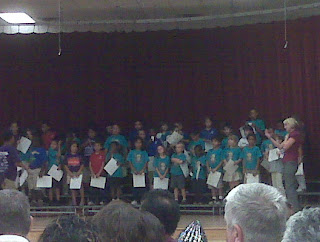 Here is James with his mom, who text messaged his dad in Miami each time James was called up for another award: 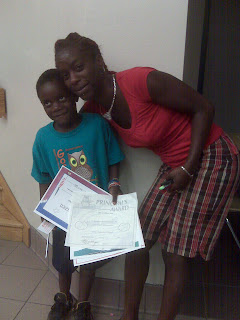 What if we begin thinking about neighborhood-school collaboration in terms of partnership that is initiated by neighbors, rather than by schools?  What new possibilities might we imagine then?
Posted by Allison Pinto at 10:00 PM No comments: